It’s no coincidence that I’m publishing my dad’s favorite Western films on Father’s Day. My dad has been telling me to “make your play, Pilgrim” for years, and I sign all my emails and cards to him “Your Trusty Sidekick.” What I didn’t realize when I asked my dad to list his favorite western films was the charged political and social climate that would surround this post. Though westerns feature a range of narrow views and tan white people playing Native Americans, I appreciate that after every film my dad would discuss the truth behind the fiction and that cinema, while entertaining, was neither accurate nor fair. 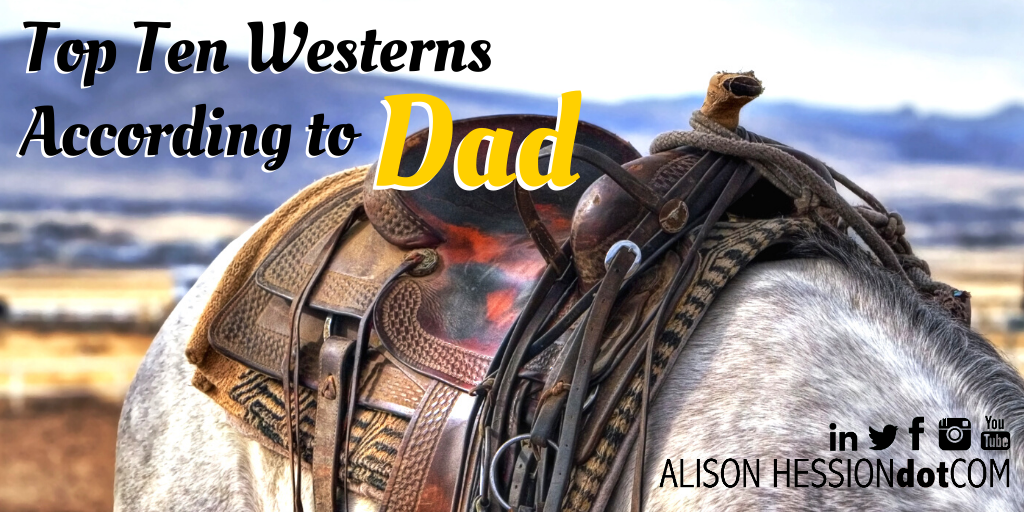 My Comments: This is one of my all time favorite westerns. It’s over the top, I love all the actors in their own right and love them even more together in this flick. The score is dramatic, there’s the epic walking scene (below), and Val Kilmer’s Doc Holliday is wonderfully eccentric and charming. I asked for this for Christmas in high school and when I opened it on Christmas day, I asked if we could watch it that night. My mom was horrified at the violence but even more so on Jesus’s birthday. I explained to her that everyone celebrates the holidays differently and that she should go back to mooning over Kurt Russell and his amazing mustache.

Dad’s Comments: I chose this movie for the intriguing plot. The town hired a gunfighter (Fonda) as unofficial marshal but then a legally appointed sheriff appoints a former outlaw as Warlock’s deputy sheriff (Widmark). Result? Conflict!  Look for exciting action sequences (see any of the gunfights) and riveting performances by Widmark, Fonda, Quinn, and Dorothy Malone.

Dad’s Comments: I chose this movie for the interesting plot and honest performances by McCrea and Scott in his final movie role. A highlight would be the dialogue between Scott and McCrea as Scott tries to justify stealing the gold shipment that both men are guarding. Another highlight is the final showdown – the two groups marching slowly, relentlessly toward each other, guns blazing.

Dad’s Comments: I chose this movie for its rousing musical score (great theme song sung by wonderful Frankie Laine!) and exciting action scenes, like the final gunfight as the four lawmen, including Lancaster and Douglas, march slowly and relentlessly down the main street to the OK corral. Dimitri Tiomkin’s score adds energy and menace to this showdown.