I was babysitting recently for a friend and when I put her four-year old to sleep, she asked me to tell her a story. Of course, one story turned into four stories, and I kept finding myself making the same mistake: I proceeded more than halfway through the story before I realized I had omitted the lesson that is present in children’s tales. For example, I told the story of the three little pigs without the detail that the pig who built with bricks was mocked by his piggy siblings, only to be the hero at the end. I had all the other details right: the characters and their building materials, the wolf’s destruction of the first two houses, and the fact that the pig who built with bricks thwarted the wolf’s attempts to huff and puff and blow the house down. But, without framing my tale as a story about sticking to your guns in the face of adversity, it just became a tale of senseless property destruction. 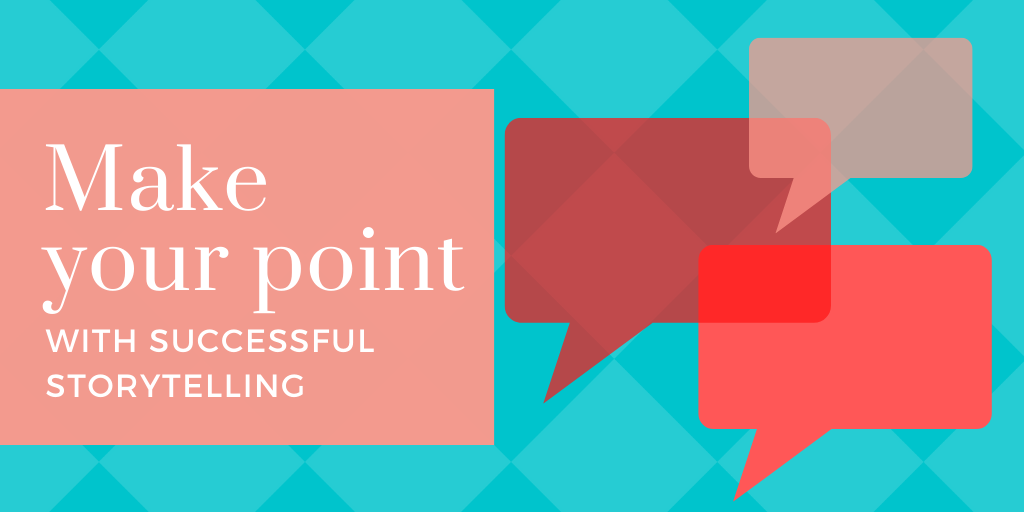 Once upon a time, in a land far away…

Fairy tales and nursery rhymes are an excellent example of how to make a point. These stories take a lesson that a parent would like to convey to a child and then puts it in a context that a child can understand and enjoy. This same approach can be used to share ideas and make a business case in a professional setting. It’s not just about having an idea and the data that supports it. You have to tell a successful story. What is the lesson you want people to learn and what context will be conducive to that learning?

Typically when you’re tasked with telling a story, it is because you already have the desired outcome in hand. In other words, you have an idea that you want to move forward and need to sway a group of decision-makers. For your idea to be successful, you must introduce the idea, support it with relevant information, and lead your audience to the same conclusion. Make sure that when you take a high level view of your story, the points you wish to make are introduced clearly, supported by relevant information, and lead to your conclusion.

Consider the perspectives and backgrounds of different audience members. Be sure to define and discuss any terms or acronyms that are specific to your department. Also consider any ongoing programs in the respective departments of your audience members and be prepared to address how your initiative interacts with and/or supports these programs.

Know your history. Consider feedback and objections raised by departments or individuals in the past, and be prepared to address them. If your prospective audience is comprised of several departments, you may find it easier to have multiple smaller meetings with your audience segmented into narrower groups. This will allow you to tailor your story to each group and will minimize any interdepartmental conflict or office politics.

Hit Them with the Numbers

You should also be able to put your numbers in context by explaining what they mean and once again, keep your audience in mind.

Visuals can really help your story take flight, and if a picture is worth a thousand words, you want to make sure it’s saying the right thing. Use pictures, graphs and charts that simplify complex ideas. If you are presenting a lot of data, make sure it is neatly organized and lean on color coding that may help clarify the message. For example, a number that is unfavorable or decreasing, you may color red and a number that is favorable or increasing, you may color green. Don’t go overboard with colors and visuals and definitely do your best to minimize distracting clipart.

Finally, it’s always good to end your story with what’s next. This is where you can provide your recommendations for further reading, additional topics for consideration, and specific action items that you believe should be a result of your business case. This will show your audience that you’ve considered the real world application of your case and you are prepared to take steps to put it into action. In essence, you’ve lifted your audience up with your narrative, and you close the story by bringing them back down to earth with the practical application of what you’ve presented.